Shaolin Kung Fu: The Greatest Martial Art In The World 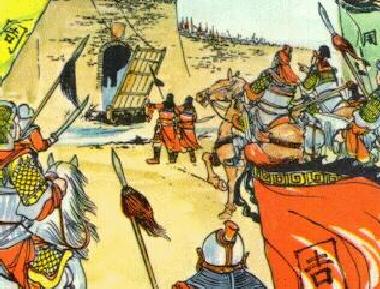 What criteria should we use to measure the greatness of a martial art? Many people would place combat efficiency as the top priority. In this respect, from the perspective of both practical result as well as theoretical reasoning, Shaolin Kungfu can justifiably claim the top place.

The Shaolin school is the single martial art group that has produced the largest number of army generals in Chinese history. Great generals like Yuan Zhong, Yue Fei and Chi Ji Guang, on whom the whole empire depended at their respective times, were Shaolin Kungfu masters.

Since its establishment from the Liang Dynasty, with the exception of the Mongolian and the Manchurian Dynasties, virtually all leading warriors who built or helped the empire founders to build new governments, including the governments of the Kumintang and the Communist in modern time, were trained in the Shaolin tradition. This was related to the Shaolin philosophy of supporting a good government but overthrowing an oppressive one.

The school that has provided the largest group of kungfu masters as well as of kungfu students at any one time during the long history of Chinese martial arts is Shaolin. Considering that one out of four people who existed, lived in China, this claim can reasonably be extended to the world.

An overwhelming number of the masters, like Ku Ru Zhang, Huo Yuan Jia, Wang Tze Ping and Wong Fei Hoong, who convincingly defeated foreign masters such as from Japan, Russia and Europe coming to China to test her martial art, were trained in Shaolin Kungfu.

Considering the glorious record of Shaolin Kungfu, may those who practise it today, irrespective of race, culture and religion, even if they cannot emulate a portion of the past masters, do not degrade a great martial art into a dance.

Enriching Our and Other People’s Lives 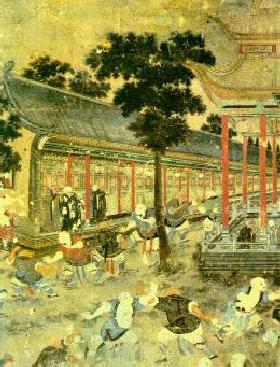 Yet, in line with the Shaolin teaching which actually discourages fighting, although Shaolin disciples will fight well if they must, its claim to greatness can be approached through discursive, non-fighting means. All martial arts may be analyzed through their aspects of form, power, application and philosophy.

From the perspective of form, all the techniques found in all world known martial arts today, such as karate, taekwondo, jujitsu, judo, aikido, Siamese boxing, western boxing, and wrestling, can be found in Shaolin Kungfu! From the perspective of power, the internal force of Shaolin masters, which is not limited by age or physique, is incredible. It is used not just for hurting , but more significantly for healing.

While most other martial arts are principally meant for fighting or as a sport, and sometimes hurting the participants in the training itself but without specifically tending to the injuries, Shaolin Kungfu is a comprehensive programme for physical, emotional, mental and spiritual cultivations, and its benefits enrich our and other people’s lives.

A Shaolin disciple, for example, is trained to be courteous and considerate, brave and righteous, assess problems and situations with calmness and clarity, and attend to duties with zest and loyalty. While the philosophy of many martial arts mainly focuses on how to be stoic and hurt the opponent, Shaolin philosophy teaches gentleness and a love for life. The twin pillars of Shaolin philosophy are compassion and wisdom.

The Spirituality of Shaolin Kungfu

The depth of Shaolin wisdom is bewildering, and is hard for some martial artists to comprehend or believe. At the relatively lower mundane level, Shaolin philosophy explains how we are responsible for our own lives, and why the phenomenal world is a creation of mind.

At the highest level in Zen, its wisdom surpasses the intellect, for its accomplishment depends not on verbalization and speculation but on direct experience, and the highest attainment is the direct experience of enlightenment, called variously by different people because of historical, linguistic, cultural and other differences, such as return to God or unity with the Great Void.

It is this spiritual aspect, which transcends all ritualistic religions, that best justifies Shaolin Kungfu as the greatest martial art. You will be in for a surprise if you think that the philosophy of Shaolin spirituality is merely theoretical. All Shaolin philosophy is geared to practical benefits.